With the release of his sophomore solo album just days away, Myles Kennedy showcases the musical diversity of The Ides Of March with the unveiling of the pensive ballad “Love Rain Down.” The song showcases the softer side of the upcoming album. The genesis of the track has been around for years and is reminiscent of what fans and critics were drawn to on his debut solo album Year Of The Tiger. The acoustic introduction builds until the band – drummer Zia Uddin and bassist/manager Tim Tournier – joins in on the second verse and rides out the rest of the track. Lyrically, Myles delivers a plea born out of the longing for answers and solace from all of the dark possibilities of the day as he sings “Let your love rain down. Let it wash away the sorrows I’ve found.” The song is available via all digital service providers.

“Love Rain Down” is the fourth track released from the upcoming Napalm Records album The Ides Of March ­– scheduled for release on May 14th. While Year Of The Tiger was more of an acoustic exploration through Myles’ mind, The Ides Of March finds him strapping on his electric guitar and pushing himself as a guitarist/songwriter. Prior to the latest song, Myles released album-opener “Get Along,” the title track and longest song on the album “The Ides Of March” and the current single “In Stride.” “In Stride” is moving up the Active Rock charts and is currently in the Top 25. The Ides Of March is now available for pre-order in various configurations. These include a Digital Album, Jewelcase CD (available worldwide), and CD Digipack (Napalm mailorder, limited to 500 worldwide). It will also be available in various vinyl configurations including 2 LP Gatefold Black Vinyl (available worldwide), 2 LP Gatefold Grey Vinyl (available worldwide) and Limited Deluxe Box: Glow In The Dark Vinyl + Cover Artprint + 7” Glow In The Dark “A Thousand Words” Vinyl Demo Single + Pendant + Slipmat (Napalm mailorder, limited to 700 worldwide). Fans that pre-order The Ides Of March digitally will receive instant downloads of “Love Rain Down,” “Get Along,” ‘The Ides Of March” and the current single “In Stride.” All available versions of The Ides Of March can be ordered here: https://smarturl.it/MK-TheIdesOfMarch.The Ides Of March was produced by longtime collaborator Michael “Elvis” Baskette. 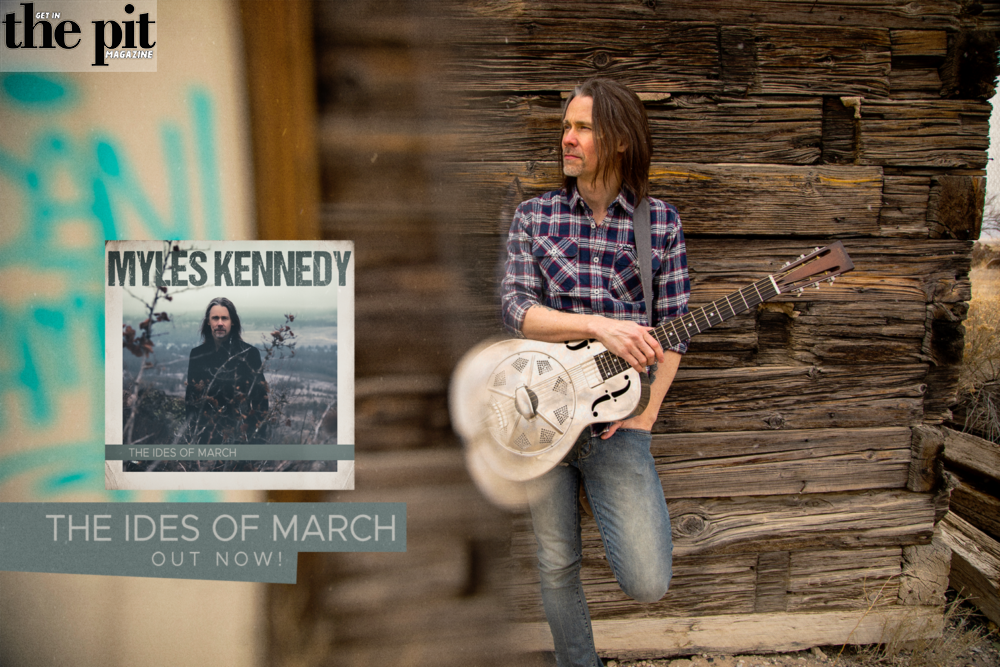 As things around the world continue to improve coming out of the recent global pandemic, Myles Kennedy has a few tour dates confirmed as The Ides Of March Tour with more dates to be announced. Myles will be making stops in Kansas City, MO at the Uptown Theater on June 23rd, Lincoln, NE at the Bourbon Theatre on June 24th, and as part of the Danny Wimmer events alongside Halestorm in Hoffman Estates, IL at the Now Arena on June 26th and Oshkosh, WI at the Ford Festival Park on June 27th. All shows will be socially distanced with Covid protocols in place. All information on shows and tickets can be found at www.myleskennedy.com. 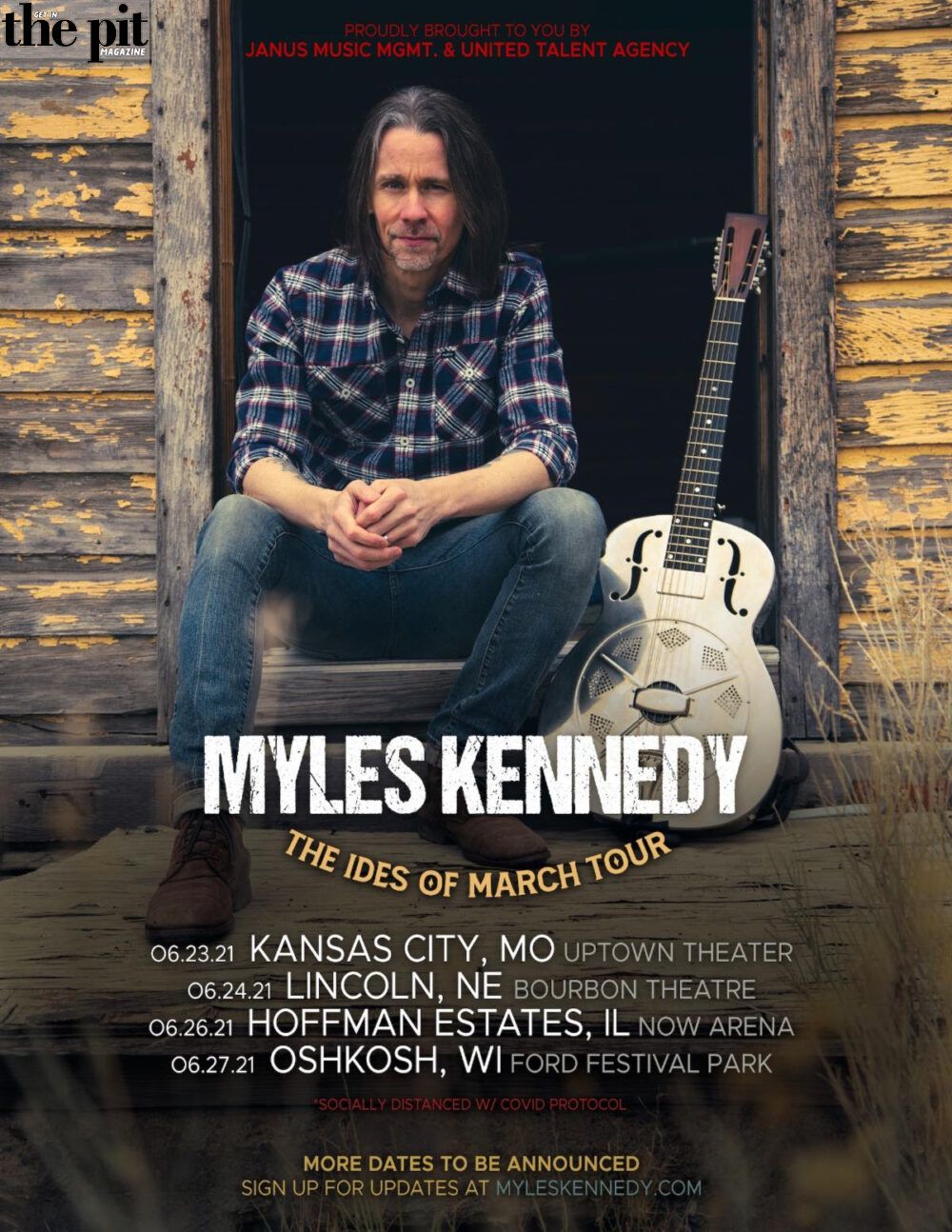