Ragland’s “More Like a Melody” due for February 14th Release

Oklahoma country group Ragland prepare to release their fourth album titled More Like A Melody on February 14, 2020. I was given the opportunity to listen to the album prior to its Valentine’s Day release and I will say that I may have fallen in love.

Ragland was formed when members Autumn Ragland and Sam Cox decided to combine their solo acts shortly after their marriage in May of 2015. The couple currently resides in Tahlequah, OK. Since the start of Ragland, they have been touring as full-time musicians and has managed to play around 1,000 shows.

More Like A Melody was recorded in Ada, OK at Boohatch Studios with mentoring from Mike McClure and was produced/ mixed and mastered by Sam Cox, Autumn Ragland, and Mike McClure. More Like A Melody has been in the making for the past two years and consists of twenty songs written from the heart about their experiences and those of the people around them.

An interesting thing about this album is the format. More Like A Melody is split up into four different sections. Each section represents one of the four seasons and the songs were placed in each season based on the feeling it gave the band, how it was portrayed to them living in Oklahoma, or the song was written during season. This is a unique concept and I have never really seen any other artists do this. 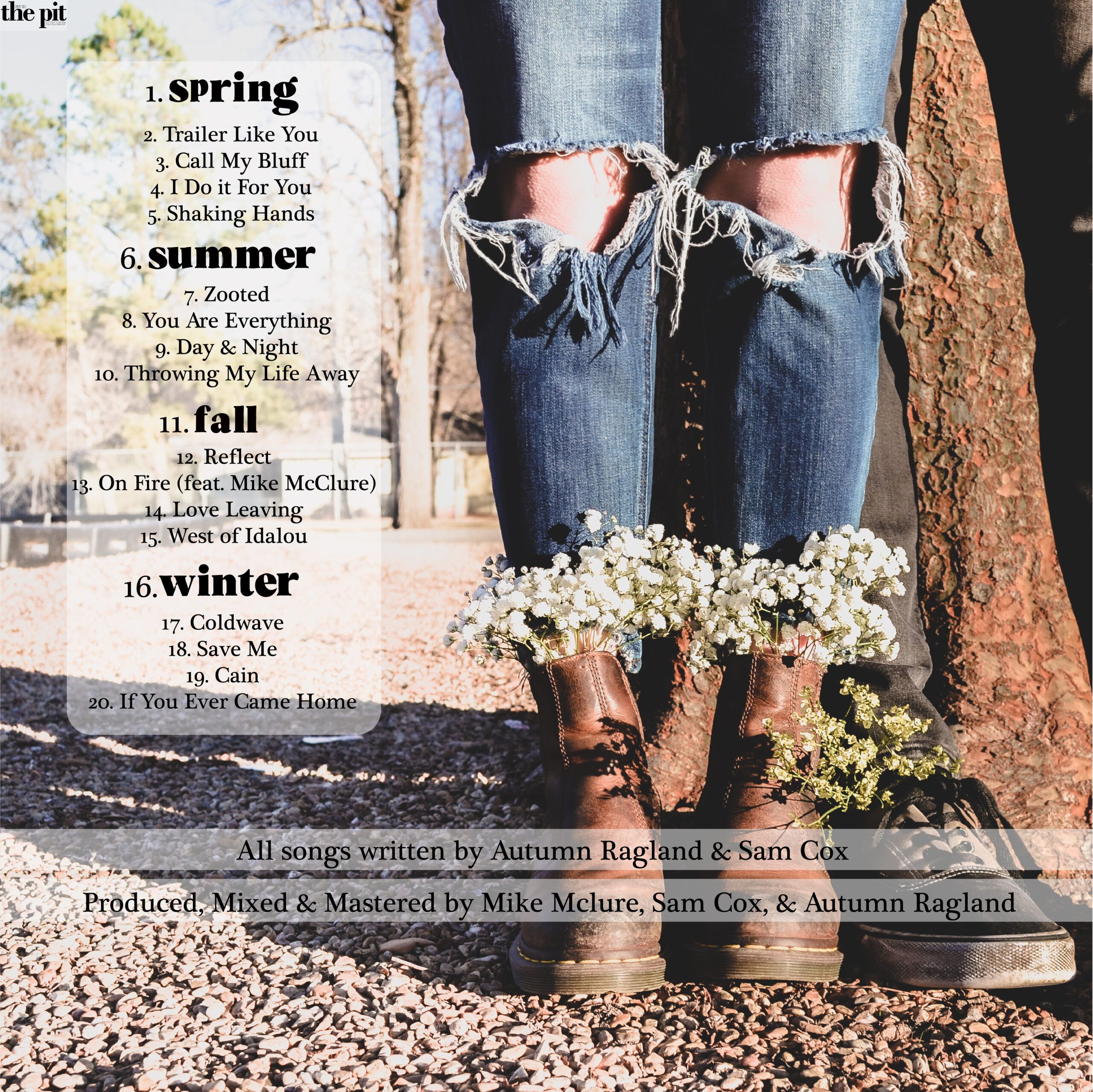 I thoroughly enjoyed the overall sound of the album. It has a feel-good vibe to it and is also very easy to listen to.  It gives me the feeling of driving around in warm weather with the windows open. All of the musicians who worked on this album did an amazing job which incorporates to making this such a great album. Autumn Ragland gives a phenomenal vocal performance and she has the ability to really express her emotions through her voice which is quite beneficial to some of the more stripped back and acoustic songs on More Like A Melody. The fiddle performances by Lauren Lee are another thing that I enjoyed and is helps to give the album a very nice country sound.

On More Like A Melody there were quite a few tracks that stood out. Ragland write about their own personal experiences in life as well as experiences of people close to them. This really stands out when it comes to song theme and lyrical content. One of my favorite songs on More Like A Melody was the track “On Fire” from the fall section of the album. “On Fire” was written about the feeling of not being good enough and not having people there to support you when you need it. This is one of the more stripped back songs on the albums. This song is mostly made up of acoustic guitars and Autumn’s vocals. I think this really fit the mood of the song.

Another track I enjoyed was “Trailer Like You” from the spring section of the album. This song is based off of the father of Autumn Ragland and the joke she had with her sister that he was going to grow old and die with his trailer home. It was written from the perspective of a man who is in love with his trailer. I thought it was an interesting concept and “Trailer Like You” is definitely one of the more fun songs on More Like A Melody. This track has a great sound overall complete with a catchy lyrics and chorus.

Last, but certainly not least, is the song “Cain” from the winter section. “Cain” is probably my favorite out of all the songs on the album because of its overall sound and lyrical content. This song consists only of acoustic guitars and Autumn’s vocals. It sounds like they used some kind of telephone effect over the vocals, which adds a nice touch. This song was written after an unexpected miscarriage experienced by the couple. When trying to write about the feelings they were experiencing, Autumn felt she couldn’t really write about it because it sounded more like a melody than it sounded like words. Just from the lyrics you can tell that this song is very emotional and personal to the group:

And this silence inside of me is humming like a bird

Can you hear me singing in this wide open space

Someday you’ll sing it back to me, see it on my face.

The promise that I love you And you’ll always be

The most beautiful melody to me.”

I think it is amazing how they can take such an unfortunate and probably devastating experience and create something extremely sentimental and beautiful from it.

I thoroughly enjoyed this album and I look forward to its release. I cannot recommend this group enough. Ragland are extremely talented and they are definitely worth checking out. If you’re into relaxed country music with great instrumentals and songs filled with emotion and personal meanings, More Like A Melody is an album for you.