Notes guitarist/vocalist Alessio Caravelli, “The video has been realized by the graphic designer Anna Ivaldi; it is dedicated to the biggest visionary artist of our time: Yayoi Kusama. Her art is like music for us. Anna did a great job with the video; you can feel our music travelling and diffusing through Yayoi’s eyes. We chose to honor Yayoi because of the song meaning: it is ideally addressed to everyone who still has the courage and perseverance to keep their ideas alive, without being conditioned by ‘third thoughts.’ I would say that BLACK ELEPHANT are like Yayoi: we started with this trip and it is still alive.”

Seven Swords delivers an addictive assortment of classic-minded, heavy rocking tunes, picking the best the ’70s, ’90s, and ’00s had to offer in riffery and melding spacey blowouts with desert-hued hooks.

Seven Swords is out now on CD and digitally via Small Stone. Click Here To Order

Whether it’s the scorching leads of “Yayoi Kusama” or the conscious wink-and-nod of “Red Sun And Blues Sun” a short time later — just ahead of the bluesy “Seppuku” and the near-nine-minute stretch of closer “Govinda” — BLACK ELEPHANT brings their finest work to-date in an efficient seven-track, thirty-three-minute stretch, building not only on what they accomplished on Cosmic Blues, but also what their prior two full-lengths — 2014’s Bifolchi Inside and 2012’s Spaghetti Cowboys — were building toward. This is a band coming into their own, wasting neither their time nor yours in the process. Fuzz pedals preach on, the sky cracks, and the riffs themselves seem to lock bellies in sumo battles, so what the hell? The world’s ending anyway. You might as well have some fun with it. 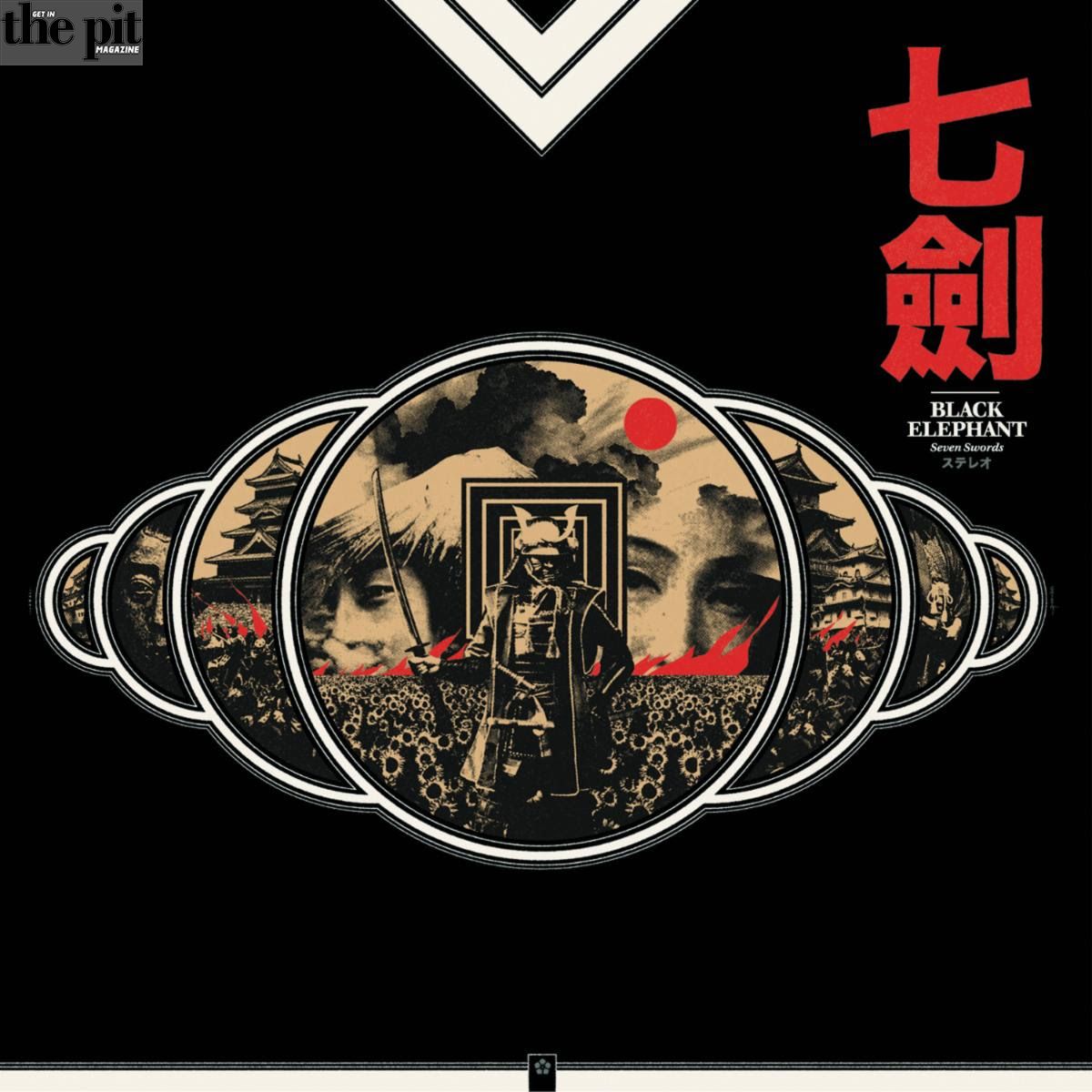